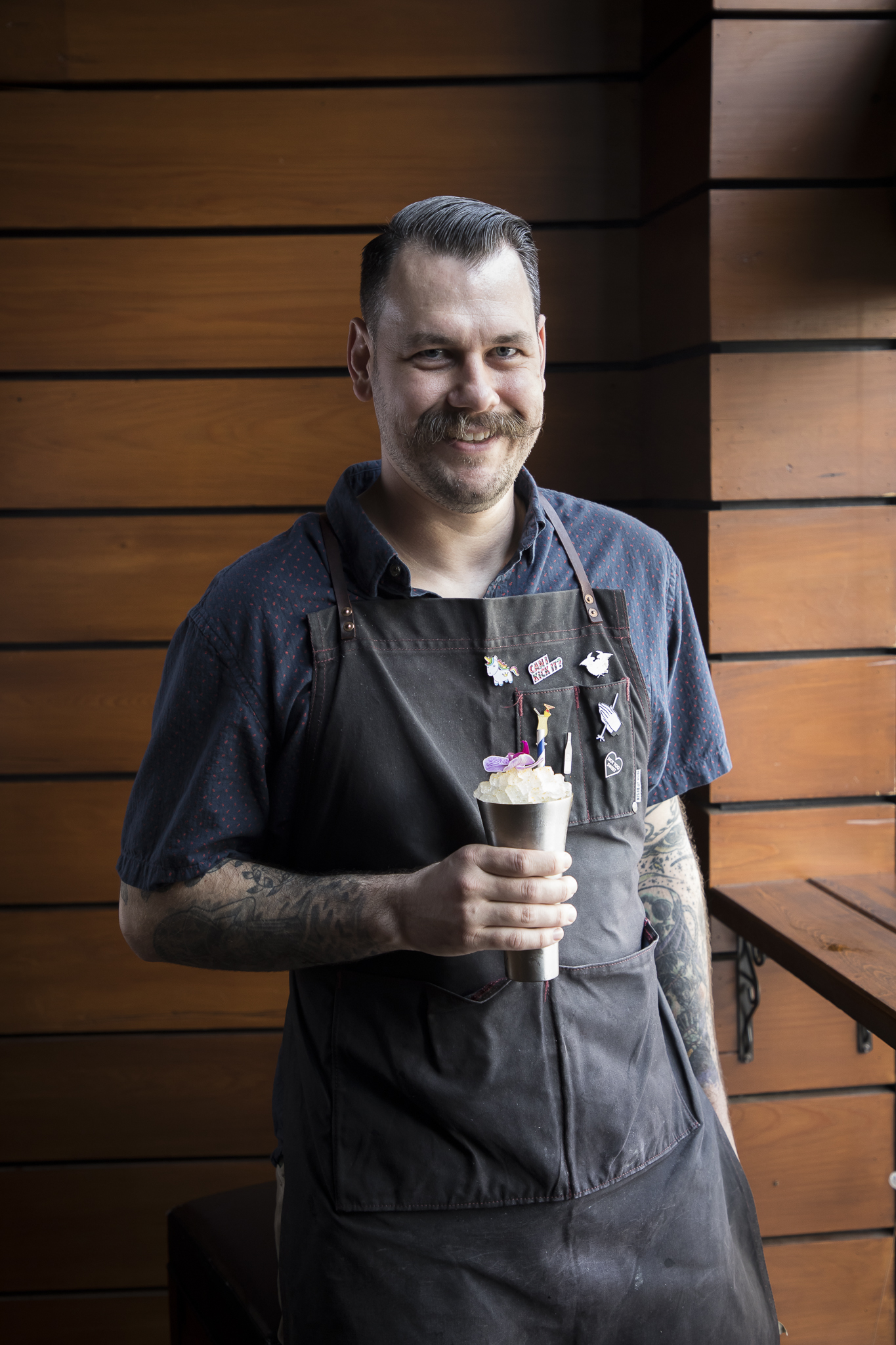 BARDSTOWN, KY – Arthur Boothe’s citrus-enthused winning cocktail blends family ties from central Florida. Announced today as the Heaven Hill Brands and Liquor.com Charleston finalist for the 2018 Bartender of the Year Competition, Boothe won first place, $1,000 and a trip to the finals at The Lodge on Sea Island, Ga.

“What this cocktail aims to do is tie together two very vivid memories from my youth; the ever present citrus, and the family vacations we would take every summer up the Florida coast,” said Boothe, Co-Conspirator at Bitters & Brass in Sanford, Fla. “When I drink this cocktail the combination of citrus and exotic juices, ginger from the Domaine de Canton, the heat and subtle oak notes of the 100 proof Rittenhouse, blended with Donn Beach’s special mixture of Angostura and Herbsaint echo the flavors and smells that transfer me back to the summers of my youth with my family, in a world that seems so much further away than the one my children are growing up in – even though it’s only right down the road.”

Ryan Smith of Macon, Ga. won second place and $500. Four semifinalists competed regionally in Charleston on Monday, April 9 at Proof. Bartenders competed in two rounds, first mixing the family-inspired cocktail from their preliminary submission, then creating an original cocktail fit for the menu of the host bar using at least 1.5 ounces of total of Domaine de Canton French Ginger Liqueur, Elijah Craig Small Batch Bourbon, PAMA Pomegranate Liqueur, or Rittenhouse Rye Whisky. Contestants and judges were then invited to a family dinner at McCrady’s where Dave Arnold, author of Liquid Intelligence: The Art & Science of the Perfect Cocktail, led a discussion on the relationship between sugars and acids, and how to create well-balanced cocktails, before the winner was announced.

National Brand Educator for Heaven Hill Brands Lynn House, Partner at Alchemy Consulting and Owner/Bartender of Pouring Ribbons Joaquín Simó, and Owner-Operator of Proof Craig Nelson judged the semifinalists’ cocktails and chose one finalist based on highest scores. Contestant skills and cocktails were scored on flavor, appearance, presentation, technical skills, use of sponsor brands, and adherence to judges’ guidelines.

Pour ingredients into shaker and fill shaker with 12 ounces of crushed ice. Shake contents for 5 seconds, then pour with seasoned ice into Pearl Diver Glass, topping off with crushed ice. Sprinkle curry powder across the top, and garnish with orchids and a paper straw.