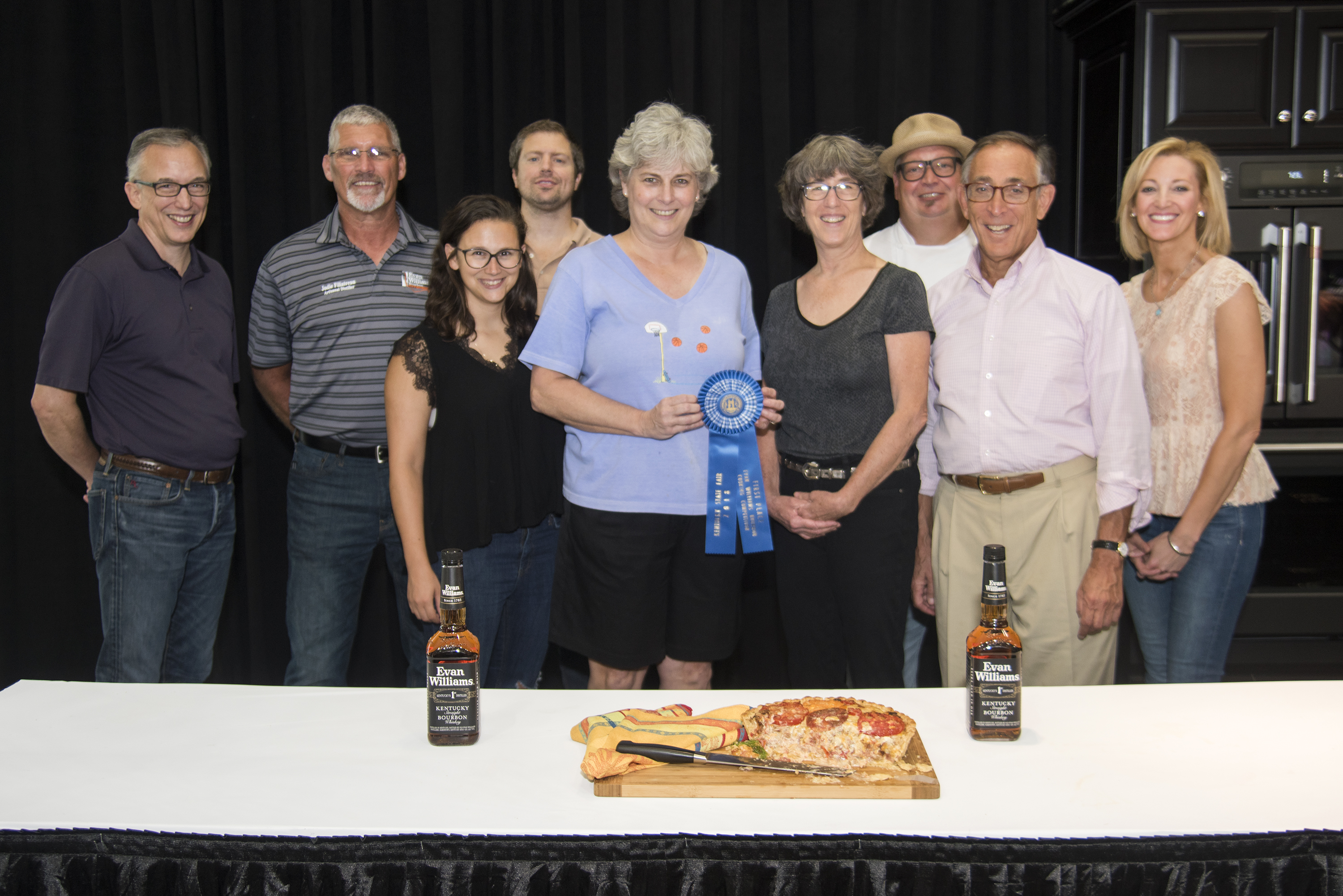 A distinguished panel of local judges selected the entrée from 50 entries this year. Red (second place) and White (third place) ribbons were awarded to Missy Hillcock of Prospect, Ky. for her Hot Brown Hoecake with Bourbon Tomato Jam and Richard Myers of Bagdad, Ky. for his Bourbon in Your Belly pork, respectively.

During the judging, contestants and spectators were treated to a cooking with Bourbon demonstration by Chef David Danielson, Executive Chef at Levy at Churchill Downs. Chef David performed the demonstration using Evan Williams Bourbon, America’s second-largest selling Kentucky Straight Bourbon Whiskey. Also, on hand to assist was Chef Jeremiah Brown and keeping the crowd on its toes was host Kelly K from 99.7 DJX.

Heaven Hill Distillery, the Bardstown, Ky.-based maker of distilled spirits, produces Evan Williams Kentucky Straight Bourbon Whiskey – named for the Commonwealth’s first distiller who set up his distillery on the banks of the Ohio River in 1783.

“The unique heritage of America’s Native Spirit, coupled with the Commonwealth’s flagship exposition, presents a grand stage for some of the finest amateur chefs,” said Max L. Shapira, president of Heaven Hill. “In this 33rd year of the Evan Williams Cooking Contest we were inspired by the creativity and enthusiasm.”

The recipes were rated on originality, ease of preparation, appearance, name and the contribution of Evan Williams Bourbon to the taste and aroma of the dish. In addition to receiving a coveted Kentucky State Fair prize ribbon and a cash prize, each of the winning entries will be considered for publication in the next “Cooking with Bourbon” recipe booklet, published periodically by Heaven Hill Distilleries.