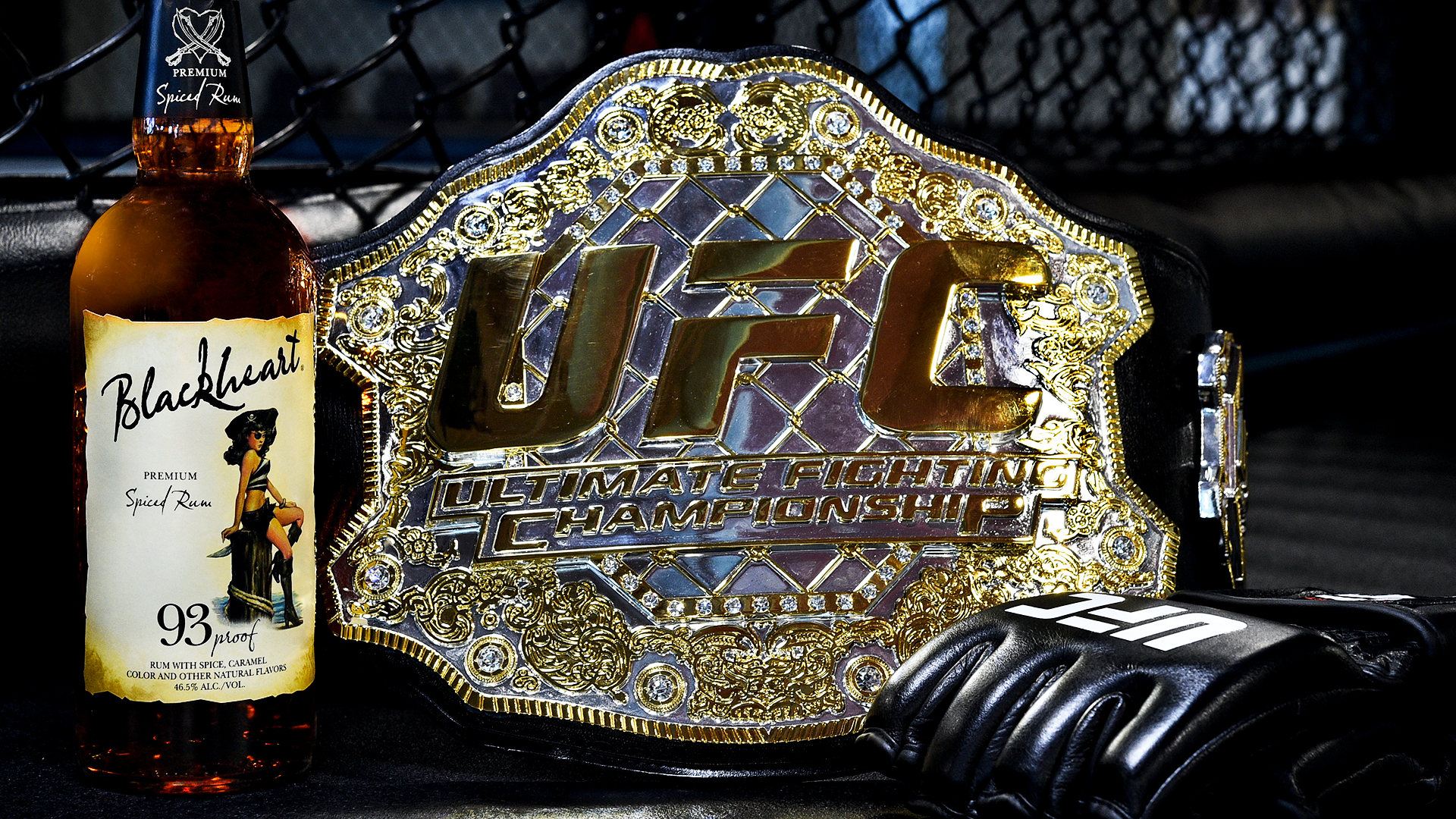 As part of this collaboration, Blackheart Premium Spiced Rum will have a branded presence inside the world-famous Octagon® and at UFC VIP Experiences during key events throughout 2018-2019, beginning with UFC FIGHT NIGHT®: EDGAR vs. KOREAN ZOMBIE.The event, which takes place on Saturday, November 10, at Pepsi Center in Denver, will be the focus of attention as it also marks UFC’s historic 25th anniversary celebration. The fast-growing Spiced Rum brand will also be integrated across multiple UFC-based social and digital platforms.

“We are thrilled to step into the Octagon as the Official Rum of UFC. As Blackheart Rum continues to outpace the category in growth, we are always looking for ways to elevate our presence through engaging, innovative experiences with fans,” said Hannah Venhoff, Heaven Hill Senior Brand Manager. “The alignment with UFC expands our involvement in MMA and further supports the spirit of the brand.”

Starting in September, UFC and Blackheart Premium Spiced Rum will be featured on co-branded retail point of sale materials in locations across the U.S. and also in various digital and social media co-branded promotions. For more information, please visit BlackheartRum.com.

UFC® is a premium global sports brand and the largest Pay-Per-View event provider in the world. Celebrating its 25th Anniversary in 2018, UFC boasts more than 284 million fans worldwide and has produced over 440 events in 22 countries since its inception in 1993. Acquired in 2016 by global sports, entertainment and fashion leader Endeavor (formerly WME | IMG), together with strategic partners Silver Lake Partners and KKR, UFC is headquartered in Las Vegas with a network of employees around the world. UFC produces more than 40 live events annually that consistently sell out some of the most prestigious arenas around the globe, while programming is broadcast in over 160 countries and territories to 1.1 billion TV households worldwide in 40 different languages. UFC FIGHT PASS®, a digital subscription service, delivers exclusive live events, thousands of fights on-demand and original content to fans around the world. For more information, visit UFC.com and follow UFC at Facebook.com/UFC, Twitter, Snapchat and Instagram: @UFC.