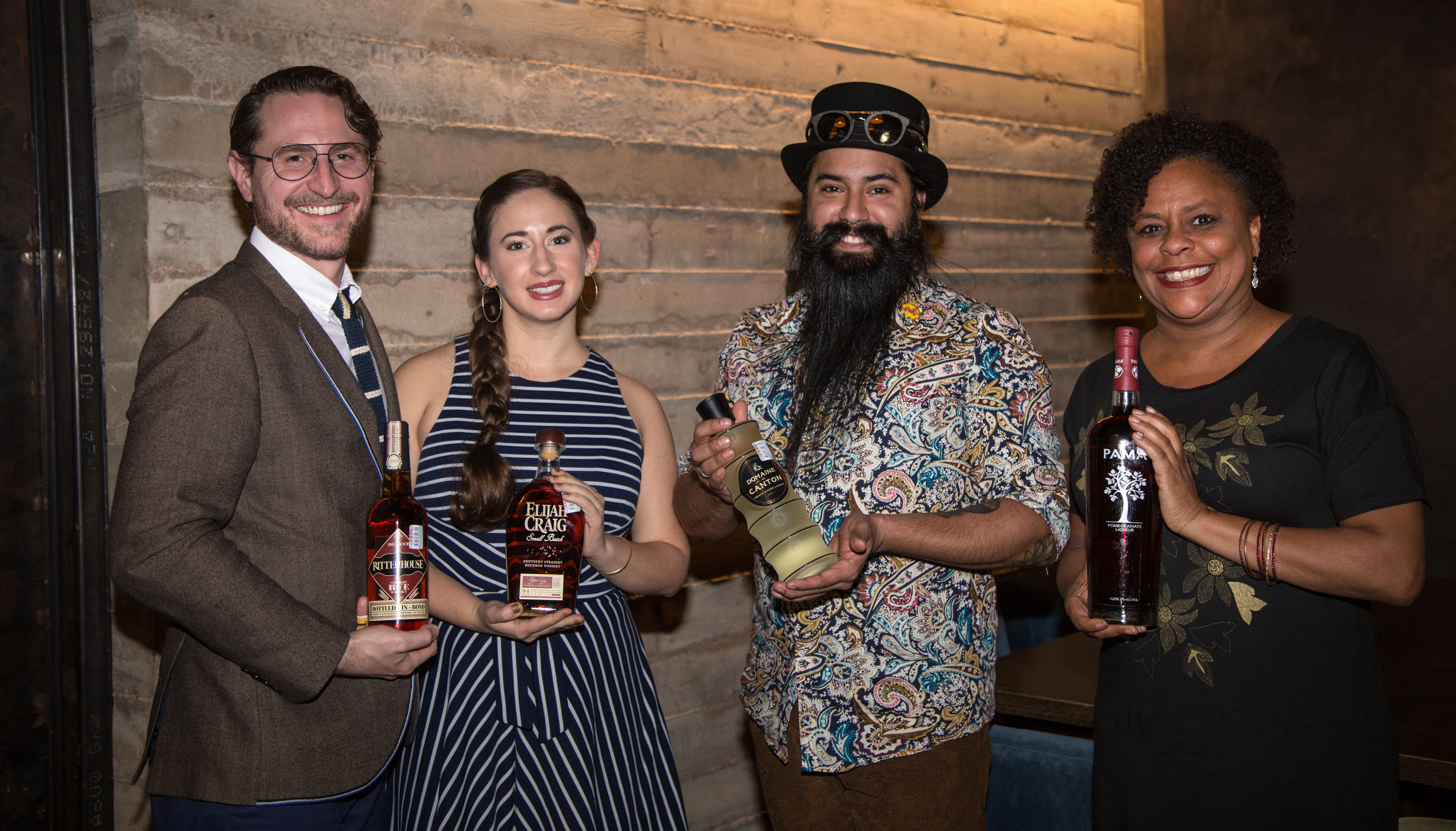 Madelyn Kay’s blend of coffee and whiskey, the two great equalizers in her family and cocktails, lifted her to the top spot of the Austin regional Bartender of the Year semifinal. Announced today as the Heaven Hill Brands and Liquor.com Austin finalist for the 2018 Bartender of the Year Competition, Kay won first place, $1,000 and a trip to the finals at The Lodge on Sea Island, Ga.

“Coffee always puts a little lift in my step, as does my family, so making a lift style cocktail just seemed right. Family, whether it’s the one you choose or the one you’re born into, should always lift you up and be there for you when you need them,” said Kay, Beverage Director at VOX Table in Austin. “Because of the bonding powers of coffee and how delightful it tastes with the sweetness of Bourbon, I knew I wanted to use it with Elijah Craig Bourbon, a whiskey I always describe as tasting the way a warm hug feels.”

Cesar Perez II of El Paso, Texas won second place and $500. Six semifinalists competed regionally in Austin on Monday, February 6 at Whisler’s. Bartenders competed in two rounds, first mixing the family-inspired cocktail from their preliminary submission, then creating an original cocktail fit for the menu of the host bar using at least 1.5 ounces of total of Domaine de Canton French Ginger Liqueur, Elijah Craig Small Batch Bourbon, PAMA Pomegranate Liqueur, or Rittenhouse Rye Whisky. Contestants and judges were then invited to a family dinner at Juniper where Don Lee, designer and educator at Cocktail Kingdom, led a discussion on the relationship between sugars and acids and how to create well-balanced cocktails before the winner was announced.

National Brand Educator for Heaven Hill Brands Lynn House, Partner at Alchemy Consulting and Owner/Bartender of Pouring Ribbons Joaquín Simó, and Owner of Half Step Chris Bostick judged the semifinalists’ cocktails and chose one finalist based on highest scores. Contestant skills and cocktails were scored on flavor, appearance, presentation, technical skills, use of sponsor brands, and adherence to judges’ guidelines.

Add all ingredients except soda to a tin with ice and shake hard. Fine strain into a Tom Collins glass. Add soda water pausing briefly when the cocktail reaches the rim, then add remaining soda water to create a nice head rising about the rim. Sprinkle pecan dust atop the cocktail, insert straw, and enjoy!

*Buttered pecan orgeat: make pecan milk by soaking pecans overnight, then blend with fresh water (2:1 water to pecans). In a nut milk bag, strain the milk. Then, for every liter of pecan milk, take 8 oz of brown butter and vacuum seal. Let sit for 24 hours, then refrigerate until butter freezes. Strain butter from milk, then add equal weight sugar.