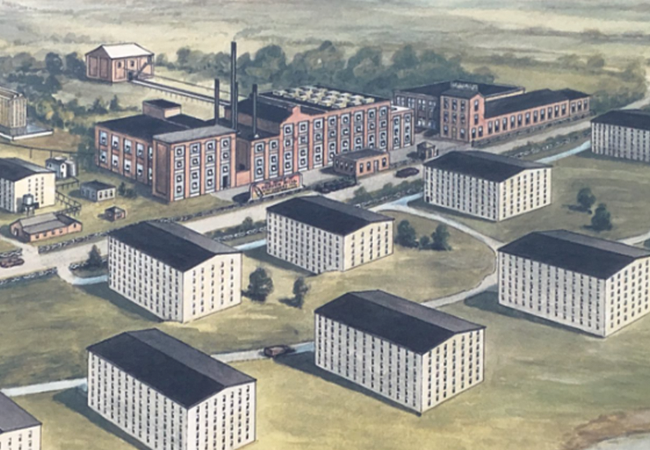 The Story Of Heaven Hill

Shortly after Prohibition ended in the United States, Heaven Hill Distilleries, Inc., was founded in Bardstown, Kentucky by the Shapira family to produce and market Bourbon and premium American Whiskeys. At the time, it was as speculative a new business venture as the dot com start-ups of the 1990's - a company founded with no brands, no available stocks of Whiskey, and at the height of the Great Depression. Today, the company is the largest independent, family-owned and operated distilled spirits supplier in the country. According to industry analysts, Heaven Hill is now the fourth-largest spirits supplier in the United States and second largest holder of aging Bourbon Whiskey in the world with an inventory in excess of 1,600,000 barrels.

In 2014, the company changed its name to Heaven Hill Brands. The name and logo capture the company's evolution from a leader in American Whiskey production - a position it continues to hold today - to the nation's fourth-largest distilled spirits supplier. Over the last three decades Heaven Hill has built on its foundation of American Whiskeys to become a broadly diversified supplier of Whiskeys, Liqueurs, Vodkas, Rums and other spirits. Heaven Hill's portfolio includes the world's second-largest selling Bourbon, Evan Williams Bourbon alongside dynamic brands including Deep Eddy Vodka, Lunazul Tequila, Elijah Craig Small Batch Bourbon, and category leading brands Burnett's Vodka, Black Velvet Canadian Whisky, Christian Brothers Brandy, Carolan's Irish Cream, and Admiral Nelson's Rums. Above and beyond its core group of products, Heaven Hill Brands is recognized as an innovator with products designed to fill growing segments of the on and off-premise market like Hpnotiq Liqueur, Blackheart Rum, Domaine de Canton and Rittenhouse Rye Whisky.

Since 1935, Heaven Hill has retained its commitment to independence and family-ownership grounded in a mission and core values suited to building for the long term.

Heaven Hill Named US Icons of Whisky "Distiller of the Year" by Whisky Magazine.

On the 76th anniversary of its founding, Heaven Hill Distilleries fills barrel #6,000,000.

Heaven Hill Distilleries is awarded North American "Distiller of the Year" from Whisky Magazine for the second consecutive year.

Evan Williams Bourbon is introduced and becomes one of the nation's leading Bourbons and Heaven Hill's flagship brand.

Heaven Hill is shut down by the U.S. Government and mandated to produce alcohol for the war effort.

Barrel #1 is filled on December 13. Bourbon Falls is the company's first label.

"Old Heavenhill Springs" distillery, is founded by a group of Bardstown-area investors and the five Shapira brothers, David, Ed, Gary, George and Mose. The company has 12 employees.