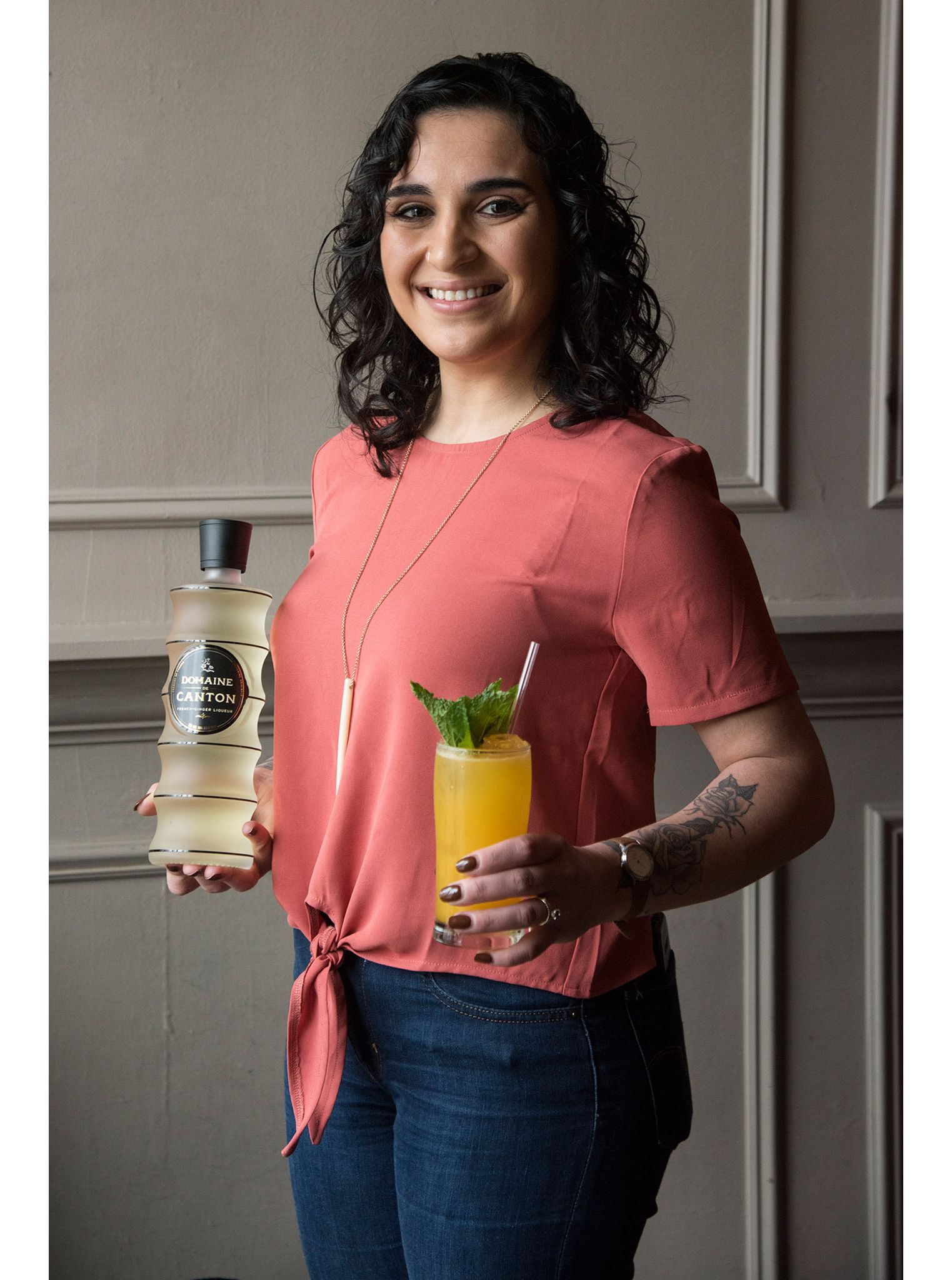 Mony Bunni blends flavors from her Middle Eastern heritage to craft a masterful cocktail. Announced today as the Heaven Hill Brands and Liquor.com Chicago finalist for the 2018 Bartender of the Year Competition, Bunni won first place, $1,000 and a trip to the finals at The Lodge on Sea Island, Ga.

“My parents are both first generation Arab-Americans and I grew up surrounded by Middle Eastern flavors, and try to incorporate them into my cocktails whenever I can,” said Bunni, bartender at Prairie School. “Ras el Hanout is a spice blend from Northern Africa that typically includes cardamom, cinnamon, cumin, turmeric, clove, fenugreek, coriander, and ginger. The deep savoriness of the Ras el Hanout, mixes beautifully with the caraway notes of the Rittenhouse, the raisin notes of the Sherry, and the thyme and sarsaparilla notes in the amaro.”

Ryan Arvin of Detroit won second place and $500. Six semifinalists competed regionally in Chicago on Sunday, April 15 at Sportsman’s Club. Bartenders competed in two rounds, first mixing the family-inspired cocktail from their preliminary submission, then creating an original cocktail fit for the menu of the host bar using at least 1.5 ounces of total of Domaine de Canton French Ginger Liqueur, Elijah Craig Small Batch Bourbon, PAMA Pomegranate Liqueur, or Rittenhouse Rye Whisky. Contestants and judges were then invited to a family dinner at Parachute where Dave Arnold, author of Liquid Intelligence: The Art & Science of the Perfect Cocktail, led a discussion on the relationship between sugars and acids, and how to create well-balanced cocktails, before the winner was announced.

National Brand Educator for Heaven Hill Brands Lynn House, Partner at Alchemy Consulting and Owner/Bartender of Pouring Ribbons Joaquín Simó, and Beverage Director of the Ace Hotel Chicago Caitlin Laman judged the semifinalists’ cocktails and chose one finalist based on highest scores. Contestant skills and cocktails were scored on flavor, appearance, presentation, technical skills, use of sponsor brands, and adherence to judges’ guidelines.