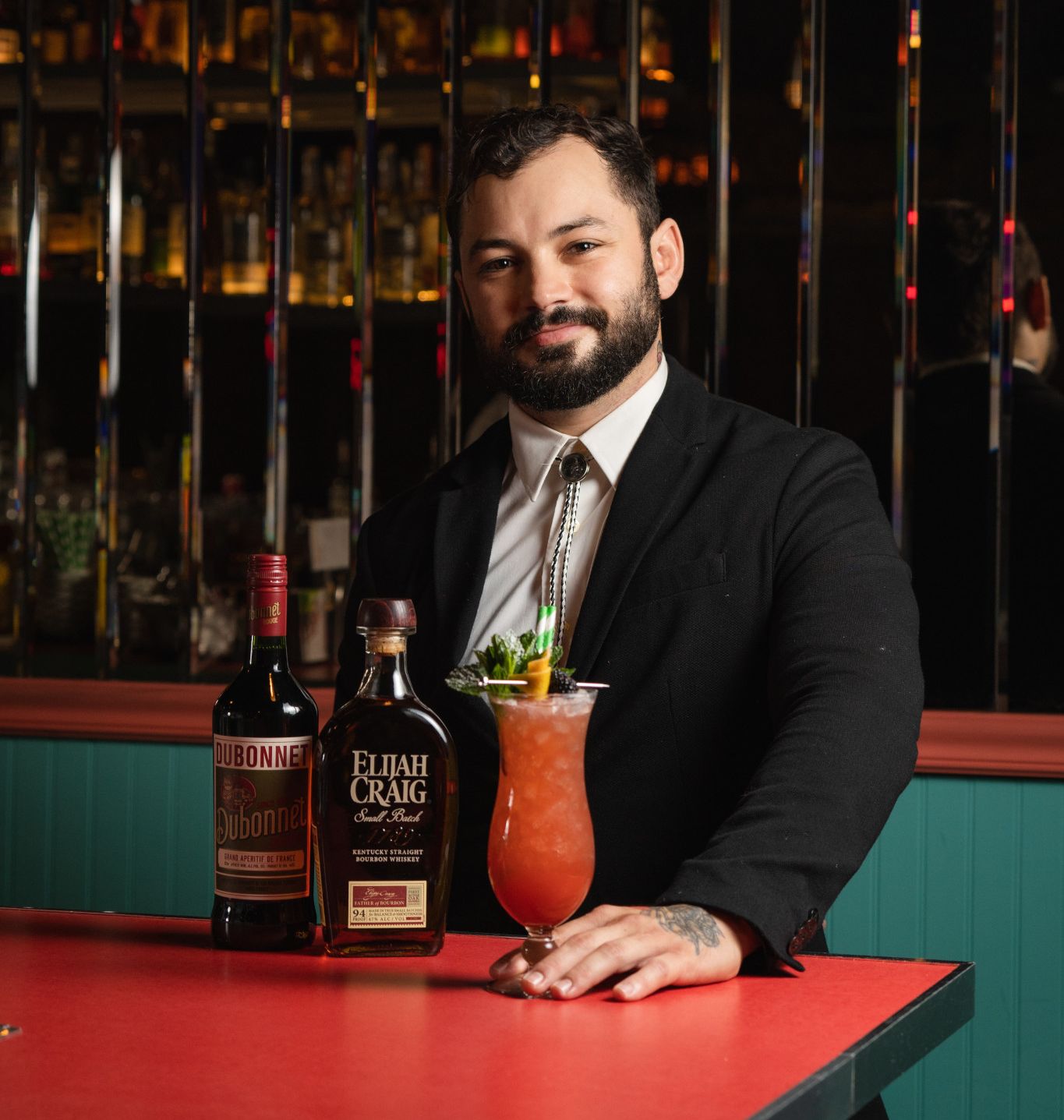 BARDSTOWN, KY – Justin Levaughn, Bartender at The Courtesy in Orlando, was announced as the Heaven Hill Brands and Liquor.com Miami finalist for the 2020 Bartender of the Year Competition. Levaughn won first place, $1,000, and a trip to the finals at Half Mile Farm in Highlands, North Carolina.

In the second round of the semifinal competition, contestants created the inspired cocktail submitted as a recipe in the preliminary round. Levaughn crafted the “Dawn Patrol,” inspired by his search for solitude in days filled with social interactions, featuring Rittenhouse Rye and Sacred Bond Brandy (see recipe at end of release).

“As a bartender we are experts in social interaction, but as a result our moments alone can be rare,” said Levaughn. “I combat this by surfing alone early in the mornings as a way to reset. I deeply appreciate these moments of solitude and take in every second of it. This cocktail encompasses the senses of my morning search along the beach with coffee in hand deciding which place will become my day’s escape.”

Tatiana Rotari of Pescado in Rosemary Beach, Fla. won second place and $500. Levaughn and Rotari were joined by four other semifinalists as they competed regionally in Miami on Monday, January 27 at Café La Trova. Bartenders competed in three rounds, the first two featuring the classic cocktail and inspired cocktail from their preliminary submission. For the final round, bartenders created a custom drink for a fictional bar menu using a minimum of 1.5 ounces of at least one Heaven Hill brand not previously featured in one of their cocktails including Domaine de Canton French Ginger Liqueur, Elijah Craig Small Batch Bourbon, PAMA Pomegranate Liqueur, and Rittenhouse Rye Whisky, as well as Dubonnet Rouge Aperitif, Sacred Bond Brandy, or Lunazul Tequila. Contestants and judges were then invited to a family dinner at Café La Trova and professional development with Julio Cabrera, Cantinero & Founder at Café La Trova. Cabrera spoke about his journey from Cuba to the United States, and how bartending competitions allowed him to achieve his dreams through learning and growing.

National Spirits Specialist and Portfolio Mixologist for Heaven Hill Brands Lynn House, Owner/Bartender of Pouring Ribbons Joaquín Simó, and Cabrera judged the semifinalists’ cocktails and chose one finalist based on highest scores. Contestants’ skills and cocktails were scored on flavor, appearance, presentation, technical skills, use of sponsor brands, and adherence to judges’ guidelines. 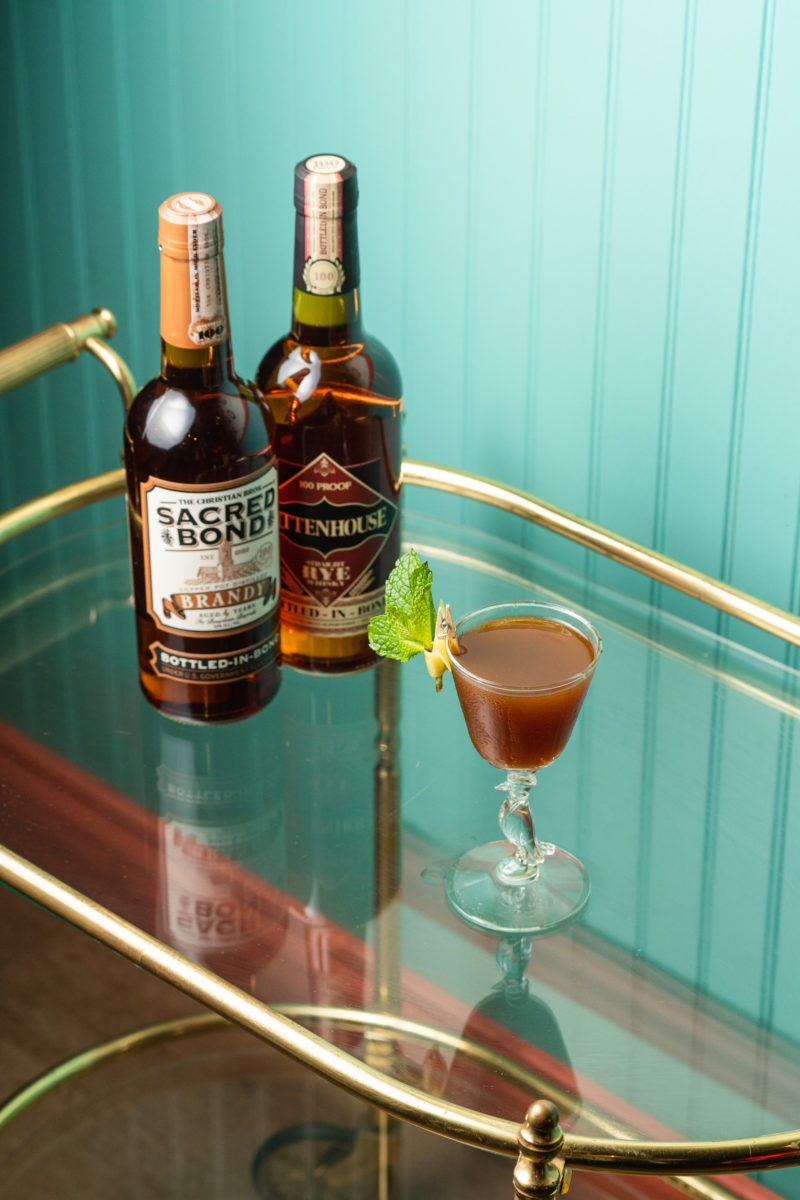 Add all ingredients into mixing pitcher. Add ice and stir until properly diluted and fine-strain into Nick and Nora. Express lemon peel, manicure, pin and with dusted mint.