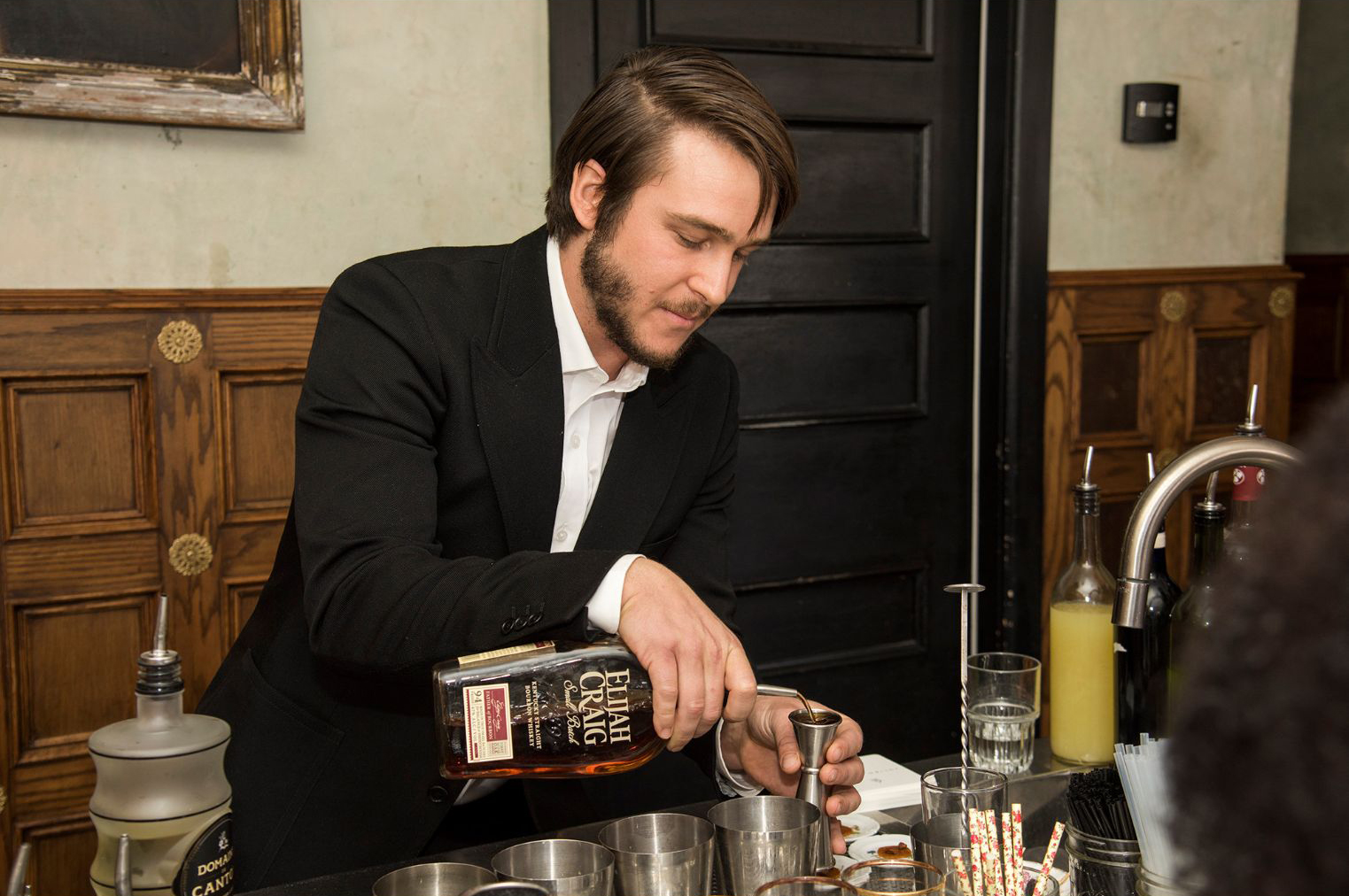 Julien Calella’s cocktail inspiration has a deep foundation in family, growing up with a father who was a vegetarian chef and mother who was a doctor of traditional Indian medicine, Ayurveda. Announced today as the Heaven Hill Brands and Liquor.com San Diego finalist for the 2018 Bartender of the Year Competition, Calella won first place, $1,000 and a trip to the finals at The Lodge on Sea Island, Ga.

“When I started my path as a cocktail bartender, a large part of my inspiration was trying to create a healthy balance in my drinks, by using fresh, rejuvenating ingredients in play with the spirits. The Golden Dowry was inspired by a tea that my mother would always make for me when I had a cold,” said Calella, Bartender at the Tasting Kitchen in Venice, Calif. “The unconditional love and care that my mother has provided throughout my life, represented by the Ayurvedic teas and formulas she has so carefully prepared for us, cemented what family truly means to me.”

Adam George Fournier of Los Angeles, a 2017 Bartender of the Year finalist, won second place and $500. Six semifinalists competed regionally in San Diego on Sunday, February 18 at Polite Provisions. Bartenders competed in two rounds, first mixing the family-inspired cocktail from their preliminary submission, then creating an original cocktail fit for the menu of the host bar using at least 1.5 ounces of total of Domaine de Canton French Ginger Liqueur, Elijah Craig Small Batch Bourbon, PAMA Pomegranate Liqueur, or Rittenhouse Rye Whisky. Contestants and judges were then invited to a family dinner at Juniper & Ivy where Don Lee, designer and educator at Cocktail Kingdom, led a discussion on the relationship between sugars and acids and how to create well-balanced cocktails before the winner was announced.

Add all ingredients, except soda, into cheater tin. Add 1 Kold Draft ice cube to mixture in cheater tin, close with shaker tin, and short shake (5 seconds). Using hawthorne strainer, strain mixture from shaker tin, into the collins. Top the shaken mixture with the 2 ounces of club soda, and then place 4 Kold Draft ice cubes into the completed cocktail in the collins glass. Place two long sip/stir straws in the completed cocktail, garnish with two lime wheels and serve. (Dashes of cayenne pepper tincture are from Japanese dasher bottle).