“Cocktail competitions have always been about networking and making connections for me. The Heaven Hill Bartender of the Year competition is wildly more relaxing and celebrates us bartenders through development and community. After three years of competing in this competition, this was the first year that I truly told the story of who I am day in and day out behind the bar, rather than what I thought others wanted me to be,” said Ware. “My bar concept was centered around diversity, education and community, which I saw throughout the week in this competition. Everyone wins at this stage, we now all have seats at the bar across the country, and making these connections through joining the Heaven Hill family and this family of bartenders is a big point in becoming more well-rounded as an industry professional.”

Set in the scenic mountains of Highlands, North Carolina, the week began as the eight finalists descended upon Half Mile Farm for a week of learning and development, community-building, relaxation, and the opportunity to win a major achievement and recognition. A highlight of the week included a Master Distiller panel before dinner Tuesday night with Heaven Hill Distillery Master Distiller Conor O’Driscoll and Tierra de Agaves Master Distiller Francisco Quijano, moderated by Seth Debolt, Director of the James B. Beam Institute for Kentucky Spirits at the University of Kentucky. Down time throughout the week included dock fishing, hiking, paddle boarding, canoeing and bocce.

The final day was composed of a three part “beverage program” challenge, followed by a surprise classic cocktail round. Competitors had 30 minutes to present a new bar concept with three cocktails representative of a well-rounded menu, with clear vision for the bar. All cocktails needed to fit together in terms of service style and concept, but also represent three different types of drinks, each of which highlights and showcases Heaven Hill’s breadth of portfolio. Scoring was based on use and understanding of Heaven Hill brands, deliciousness and appeal of drinks, coherence and viability of menu concept, functionally and economically, as well as presentation, technical skills, and demeanor. After presenting their bar concept, each contestant was then asked to create a classic cocktail in under three minutes to also show their skill on the fly. 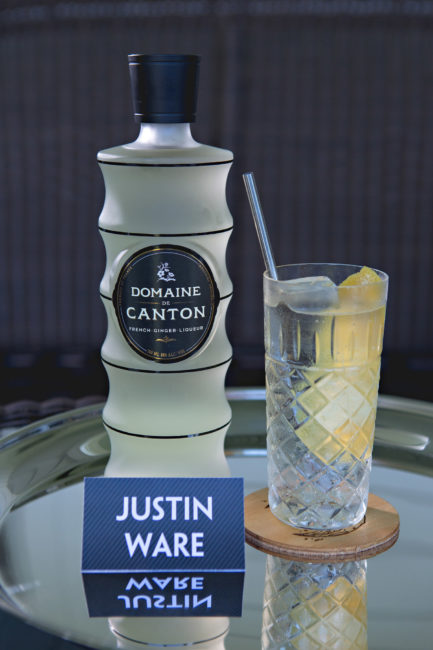 “Each year we continue to see top industry professionals raise the bar on innovation and creativity through the Bartender of the Year competition,” said Hannah Venhoff, Senior Brand Manager, Heaven Hill Brands. “After an amazing week in a beautiful setting, we are thrilled to welcome each of the finalists to the Heaven Hill family as representatives of their craft. Congratulations to Justin Ware whose persistence and passion shone through this week and throughout the competition.”

National Brand Educator for Heaven Hill Brands Lynn House, Bar Manager of Clyde Common & Pépé Le Moko Jeffrey Morgenthaler, and Owner/Bartender of Pouring Ribbons Joaquín Simó, and 2018 Bartender of the Year Harrison Ginsberg judged the final eight bartenders. Finalists were challenged on their full range of skills as hospitality professionals. Judges were looking for the ultimate bartender who displays the total breadth and aptitude all bartenders aspire to embody.

The following bartenders competed in the 2019 Bartender of the Year Finals: