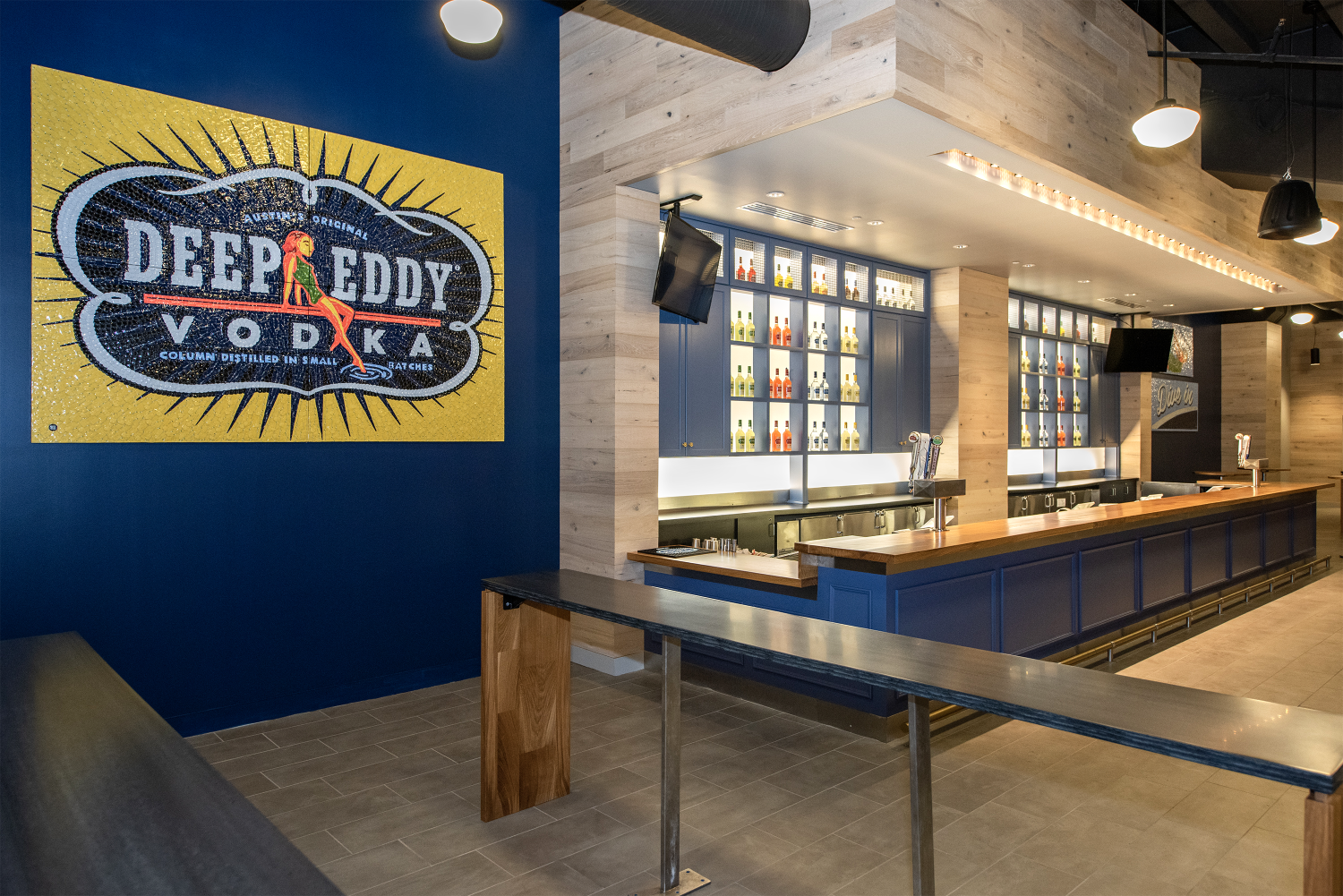 The rebranding of the Deep Eddy Vodka Bar represents Heaven Hill’s long-term commitment to its partnership with the arena.

As a continuation of its long-standing relationship with the Louisville Arena Sports and Entertainment Properties (LASEP) and ASM Global Louisville, Heaven Hill Brands announces the rebranding of the Deep Eddy Vodka Bar at the KFC Yum! Center located on the Club Level of the facility. The space previously housed Burnett’s V Lounge, in place since the Yum! Center’s opening in 2010.

The Deep Eddy Vodka Bar, named after Deep Eddy Vodka, the company’s top-selling vodka brand, will showcase a comfortable and fun aesthetic utilizing the brand’s signature deep blue color accented by natural wood, brass fixtures and branded artwork sustainably constructed out of caps from bottles of Deep Eddy Vodka. The project began at the end of 2021, with construction kicking off in July 2022 and wrapping up in October 2022. Project Managers at Heaven Hill worked with Jennifer Dumesnil and Ann Swope with Swope Design Group on the design of the bar as well as Brandon Colvin and Steve McCarty with Miranda Construction on the buildout of the space. With a design inspired by the Deep Eddy Vodka Tasting Room in Dripping Springs, Texas, the bar represents the spirit of the brand and its core promise to bring people together for carefree good times.

Artwork featured in the Deep Eddy Vodka Bar was done by Jeffrey Adam Meszaros, aka “The Bottle Cap Guy,” who is based in Edmonton, Alberta, Canada.  While working as a bartender, he noticed the mass amounts of colorful and uniquely designed bottle caps being thrown out every day and thought “A landfill is not a good place for so many little pixels of art to be spending the next five hundred years breaking down.”  Meszaros began collecting these caps and, in 2009, created his first mosaic.  More examples of his work can be found at @jambottlecapart on social media.

“We are so excited for visitors to see this beautifully refreshed space,” said Hannah Venhoff, Vice President, Deep Eddy Vodka. “The KFC Yum! Center is Louisville’s premier location for sports and entertainment, and we’re excited to showcase Heaven Hill’s flagship vodka and the brand’s deep Austin, Texas roots to all of its patrons.” The bar will offer a full range of traditional cocktails featuring Deep Eddy Original Vodka as well as newly developed drinks featuring Deep Eddy Lime, Lemon and Ruby Red.