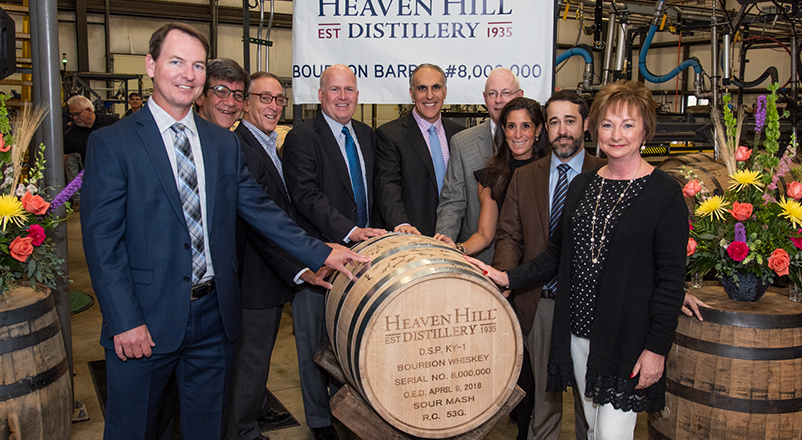 “As we roll out the eight millionth barrel, we recognize the dedication to quality and thoughtful innovation that has led Heaven Hill Distillery to this milestone,” said Heaven Hill President Max L. Shapira. “A little over 82 years ago, my father and his four brothers held a vision that has been carried forward by the Shapira family of fierce independence and passionate family ownership. We celebrate their legacy as we look forward to the next eight million barrels and beyond.”

This benchmark comes on the heels several company milestones over the past several months. In October 2017, Heaven Hill Distillery’s Bernheim facility in West Louisville unveiled an expansion as the largest single-site Bourbon distillery in American Whiskey, now producing 1,300 barrels per day. In February 2018, the Evan Williams Bourbon Experience filled the 1,000th barrel after producing one barrel per day since the artisanal distillery opened in 2013. Heaven Hill now has more than 1.3 million aging barrels of Kentucky Bourbon in its inventory and remains true today to its original mission as a family-owned and operated, independent Kentucky company—the last remaining in the Bourbon business today.

The eight millionth barrel was “bunged off” by Master Distiller Denny Potter and President Max Shapira in a brief ceremony at Heaven Hill’s cistern room attended by company executives and local dignitaries. Participants toasted with a glass of Evan Williams Kentucky Straight Bourbon Whiskey, the second largest selling Bourbon in the world.