BARDSTOWN, KY – Katie Renshaw, Bar Manager at Etta in Chicago, announced as the Heaven Hill Brands and Liquor.com Chicago finalist for the 2019 Bartender of the Year Competition. Renshaw won first place, $1,000 and a trip to the finals at Half Mile Farm in Highlands, North Carolina. 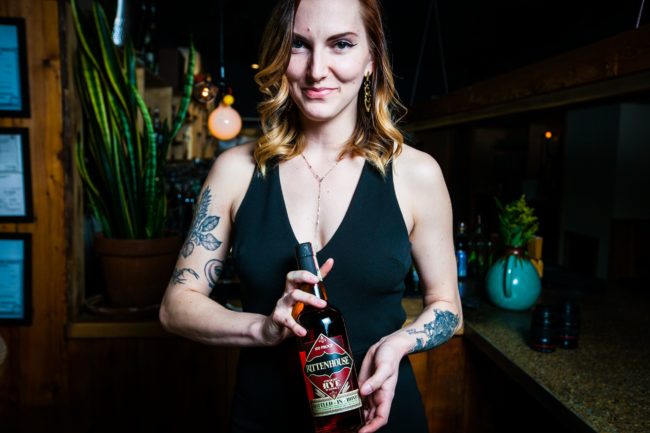 In the second round of the semifinal competition, contestants created the inspired cocktail submitted as a recipe in the preliminary round. Renshaw crafted the “Rebel on the Tracks,” which was inspired by surprising moments from her past that are both humorous and tied to who she is today (see recipe at end of release).

“For this cocktail, I started to think about myself as a teenager. I went to an arts boarding school for high school, and my roommate and I were known for skipping class with a friend to walk along the train tracks to Walden Pond. We likened ourselves to a young Allen Ginsberg or Kerouac (whose works we both regularly read),” Renshaw said. “I laugh thinking about that now, but I wanted to make a cocktail that reminded me of that time. Because of these friends, I was introduced to artists and writers who shaped me as a creative individual. I wouldn’t be the bartender I am today without those experiences. Our history directly influences where we are today, and for me and for the Heaven Hill brands, that history is what makes our present beautiful.”

Jacob Feitler of The Sugar House in Detroit won second place and $500. Six semifinalists competed regionally in Chicago on Monday, March 11 at the Sportsman’s Club. Bartenders competed in three rounds, the first two featuring the classic cocktail and inspired cocktail from their preliminary submission. For the final round, bartenders created a custom drink for a fictional bar menu using a minimum of 1.5 ounces of at least one Heaven Hill brand not previously featured in one of their cocktails including Domaine de Canton French Ginger Liqueur, Elijah Craig Small Batch Bourbon, PAMA Pomegranate Liqueur, and Rittenhouse Rye Whisky, as well as Dubonnet Rouge Aperitif, Sacred Bond Brandy, or Lunazul Tequila. Contestants and judges were then invited to a family dinner at Parachute and professional development with Paul McGee, Partner at Lost Lake and Beverage Director of Land and Sea Dept. McGee created a cocktail utilizing Heaven Hill products and spoke to his inspiration behind it, as well as the journey to reach this point in his career and advice for being a well-rounded hospitality professional.

National Brand Educator for Heaven Hill Brands Lynn House, Owner/Bartender of Pouring Ribbons Joaquín Simó and McGee judged the semifinalists’ cocktails and chose one finalist based on highest scores. Contestant skills and cocktails were scored on flavor, appearance, presentation, technical skills, use of sponsor brands, and adherence to judges’ guidelines.

Rebel on the Tracks 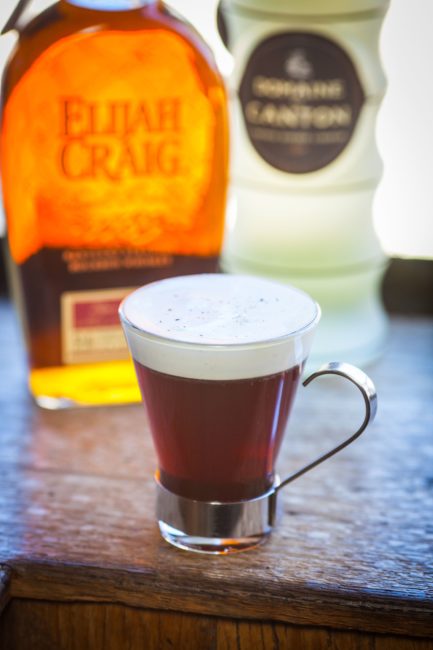 Prep glass by filling with hot water. Fill large tin with hot water and place small tin on top. Build cocktail into small tin to slowly heat ingredients. Empty hot water from glass. Give the tin a swirl and pour into heated glass. Whip cardamom cream in another tin and slowly pour over cocktail. Top with freshly grated nutmeg.