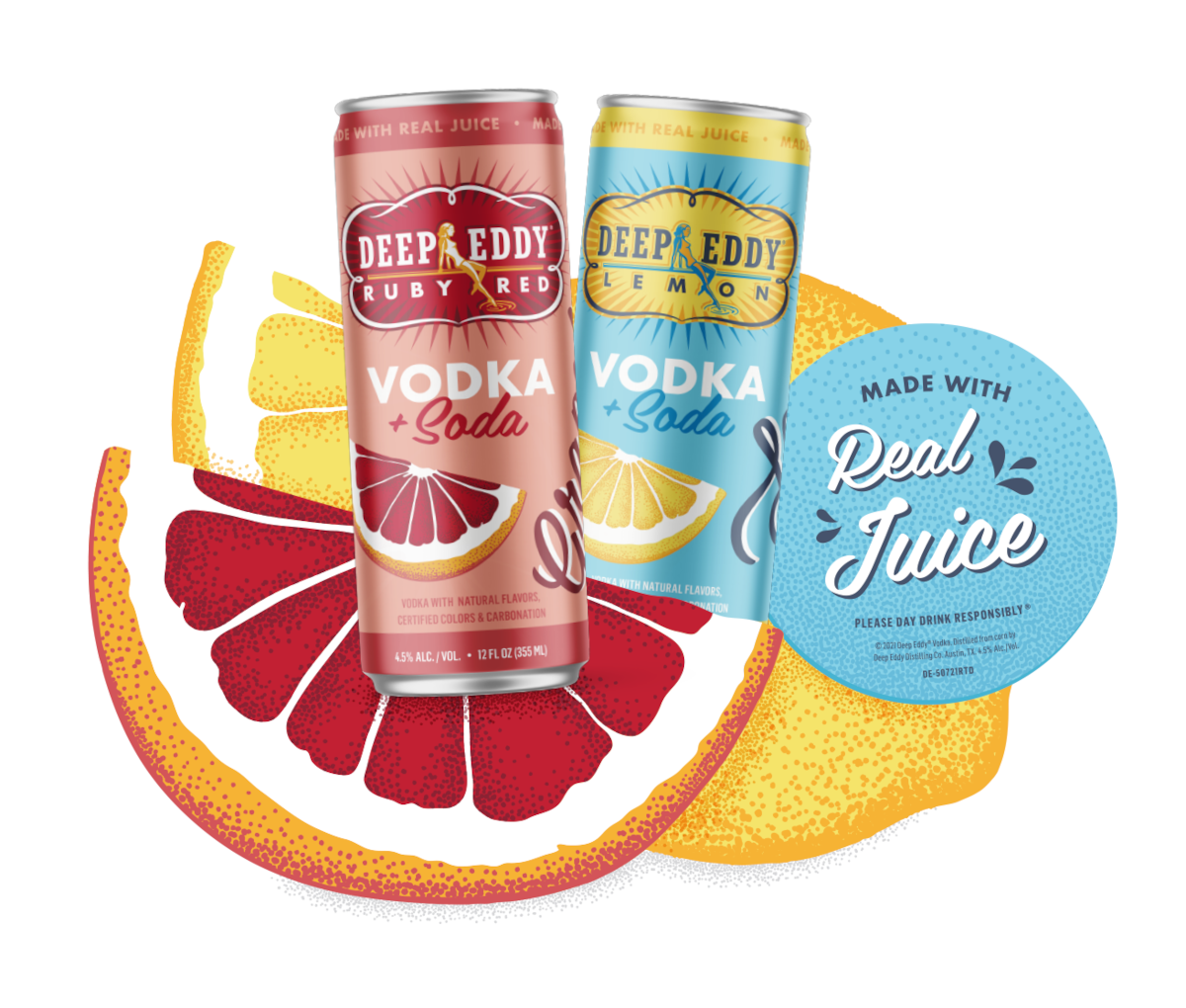 Deep Eddy Vodka, one of the fastest-growing American-made spirits brands, has launched Deep Eddy Vodka + Soda. Deep Eddy enters the ready-to-drink (RTD) cocktail segment with Deep Eddy Lemon Vodka + Soda and Deep Eddy Ruby Red + Soda. The new canned cocktails are made with the same integrity of real flavor and attention to quality the flagship brand is known for.

Deep Eddy Vodka + Soda is the right mix of hot categories as Deep Eddy Lemon tops its competition as the fastest selling citrus Vodka and Deep Eddy Ruby Red continues to lead the grapefruit segment. Both flavors are poised to dominate the RTD sector as it soars to become the second biggest alcohol category in the United States this year, according to IWSR. At 4.5% alc/vol, Deep Eddy Vodka + Soda is a refreshing sipper for any occasion this summer and beyond.

The new RTD packaging is a standout on the shelf, featuring a colorful sleeved can depicting a slice of each fruit flavor, the Deep Eddy Flavor logo with “Vodka + Soda” prominently displayed on the face, and the flavor written in script on the side. Digital and out-of-home media, as well as complementary branded floor bins, cooler bins, metal buckets and koozies will support the initial launch. Deep Eddy Vodka + Soda cans will first launch as a 4-pack for an SRP of $11.99 in limited markets of Texas, Colorado, South Carolina, and Maryland.