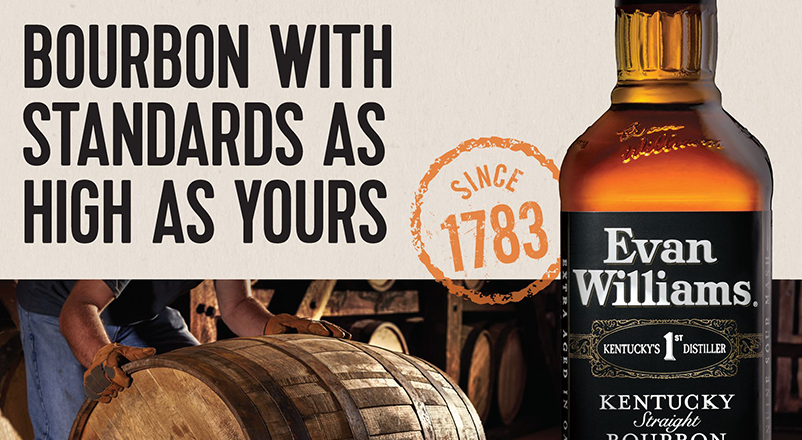 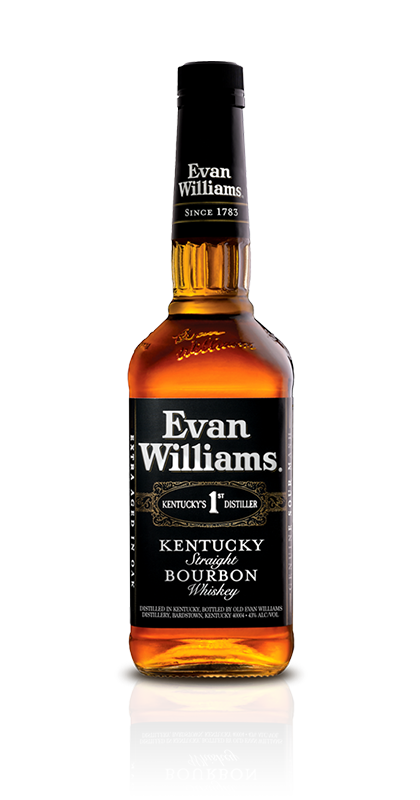 As the second largest selling Bourbon in the world, the new campaign conveys the commitment to quality and the esteem with which consumers have held Evan Williams over the last decade. The new campaign showcases people enjoying their hobbies, whether building a deck or polishing their car, it shows how Evan Williams Bourbon can be used to celebrate the small moments of satisfaction that are found in everyday life and the pride that comes with it. The Bourbon Done Right campaign is brought to life across all programming platforms including a new national cable TV spot, social media, point of sale materials, and updated website at www.evanwilliams.com. National cable TV advertising will run on MLB World Series coverage on ESPN, ESPN2, TBS/TNT, MLB Network, as well as on the History Channel. Watch the new Evan Williams TV spot hitting screens this fall here.

Evan Williams is among the leaders in the rapidly growing American Whiskey segment. Evan Williams is a proud sponsor of Major League Baseball and the World Series, first forming a partnership with the national pastime in 2016. As an American-made and American-owned brand, Evan Williams has recognized true American heroes through their exceptional stories of honor and bravery on special edition American-Made Hero labels for the past four years. The Evan Williams Bourbon Experience (www.EvanWilliamsBourbonExperience.com) celebrates the legacy of Evan Williams through an immersive visitor’s center experience which brings to life the history and tradition of Kentucky’s native spirit as an official stop on the Kentucky Bourbon Trail.

“As a leader in the category, Evan Williams is a prime example of commitment to excellence and quality when it comes to Bourbon,” said Julie Cole, Evan Williams Brand Manager. “The new campaign establishes Evan Williams as the Bourbon that provides satisfaction for the consumer on their own time and in their own terms. Evan Williams invites fans to celebrate their passions with ours.”

At a suggested retail price of $14.99 for the 750ml size, Evan Williams Black is a smooth, easy to drink Bourbon named after Evan Williams who, in 1783, opened Kentucky’s first commercial distillery along the banks of the Ohio River. Today, Evan Williams is distilled at Heaven Hill Distillery’s Bernheim facility, the largest single-site Bourbon distillery in the world, located just a few blocks from the site where Evan himself built his distillery.