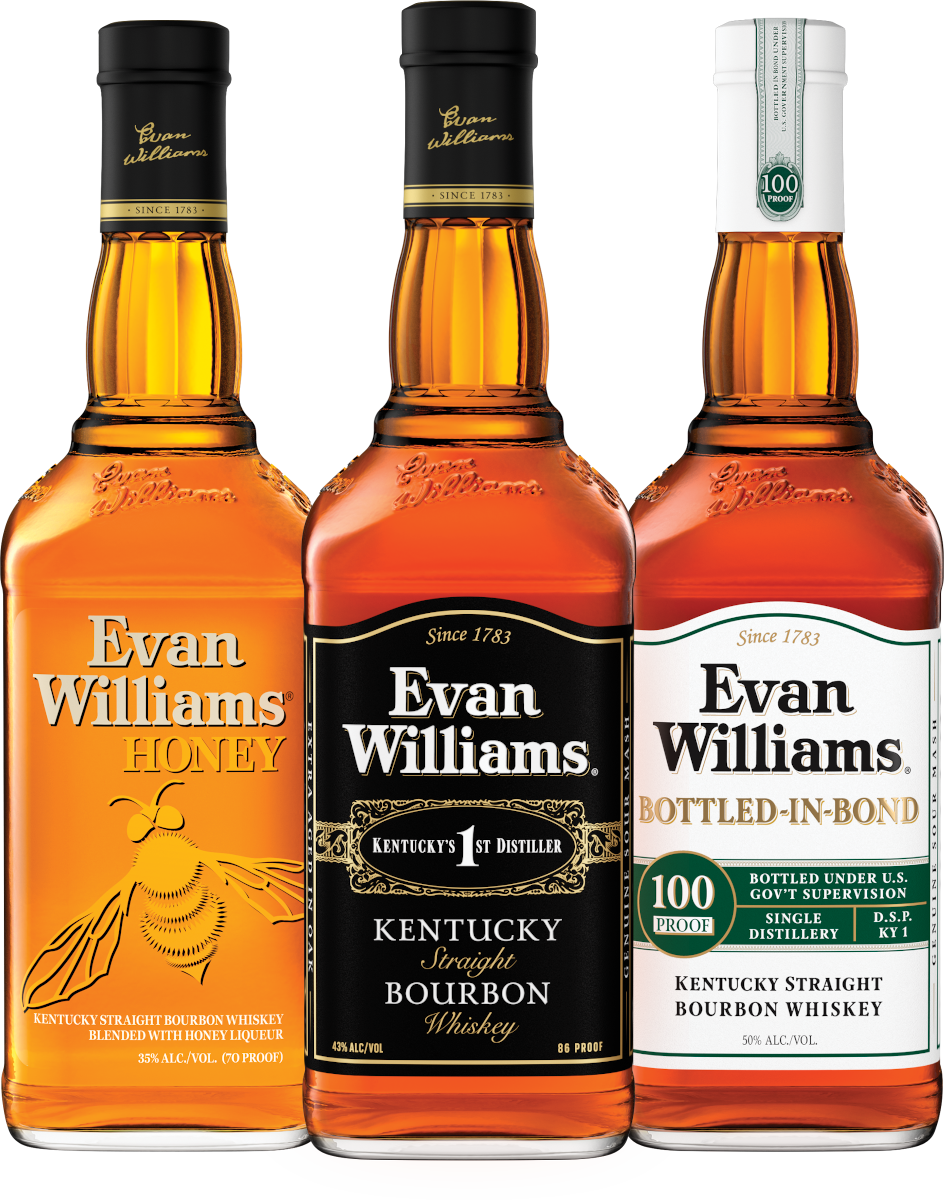 First introduced in the 1950’s, Evan Williams Bourbon quickly became one of the nation’s leading Bourbons and Heaven Hill Distillery’s flagship brand. Today, the brand continues to break milestones at a historic pace, with the Evan Williams family of brands surpassing the three million case mark on an annual basis. To further bolster this growth, the evolution of the Evan Williams franchise packaging will feature key enhancements and a consistent look on the shelf.

“Evan Williams Bourbon is a testament to sustained success across the ebbs and flows of the American Whiskey category,” said Julie Cole, Evan Williams Senior Brand Manager. “We’re excited to rejuvenate the Evan Williams family packaging to both enhance the consumer experience and modernize the label design. Evan Williams was an entrepreneurial leader in the Bourbon movement, and we continue to honor his success through the award-winning Evan Williams Bourbon franchise.”

ABOUT EVAN WILLIAMS: The flagship Bourbon of Heaven Hill Distillery, Evan Williams is among the leaders in the rapidly growing American Whiskey segment as the world’s second largest-selling Bourbon. Evan Williams is a proud sponsor of Major League Baseball and the World Series, first forming a partnership with the national pastime in 2016. As an American-made and American-owned brand, Evan Williams has recognized true American heroes through their exceptional stories of honor and bravery on special edition American-Made Hero labels for the past five years, now supported by the American-Made Heroes Foundation Fund. The Evan Williams Bourbon Experience (www.EvanWilliamsBourbonExperience.com) celebrates the legacy of Evan Williams through an immersive visitor’s center experience which brings to life the history and tradition of Kentucky’s native spirit as an official stop on the Kentucky Bourbon Trail.